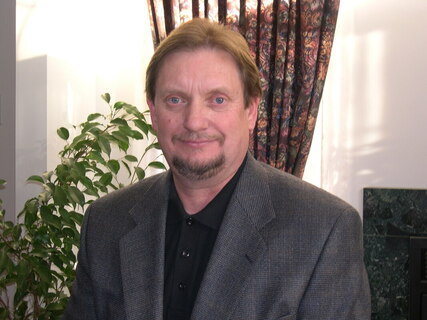 He has three married daughters and seven grandchildren who also live in Edmonton. Jerry named the two German shepherd police dogs in the John Benson novels after his two former dogs, an Australian shepherd/blue heeler cross named Sydney (Syd) and a border collie cross named Nelle, who were 17 and 15 years old, respectively, when they both died of the afflictions of old age within a month of each other in early 2018.

True to his profession, Jerry developed the four main fictional characters in the series of John Benson novels as being heroic scientists and law enforcement professionals dedicated to global wildlife conservation and the curtailment of the international trafficking of wildlife and illegal wildlife products.

Jerry is a member of the Crime Writers of Canada and the Writers Guild of Alberta.​
Contact